The merger represents a proactive move towards improving healthcare services for the growing communities of our region. Joining forces results in a much stronger community health presence, able to grow with the region and provide more accessible and responsive services.  A larger entity is more competitive and has the capacity to generate the additional capital needed for technology and infrastructure.

The reasons for the merger of Dianella Health and Plenty Valley Community Health included the fact that both organisations were of similar size, with similar service profiles and both were already operating in the Northern Growth Corridor. Both services were also established and respected quality providers, and both were financially strong.

Other considerations were that both organisations were affected by external factors such as a lack of Government capital investment in community health, changing funding models, increased competition and rapidly growing consumer demand.

Both organisations also recognised the opportunities arising from population growth in the outer north and policy changes in areas like disability, aged care, and the management of chronic disease.

The creation of DPV Health represents a strong new force in healthcare across our region.

DPV Health is an important local provider and will undoubtedly play an important role in delivering community health services in conjunction with acute and private providers into the future.

“By joining together, our combined skills and experience will facilitate innovation to meet our community’s needs”

Background to the merged organisations

Dianella Health and Plenty Valley Community Health both have a long history of serving their local communities and each had previously participated in a merger process.  They offer similar services in different locations and both operate a GP Super Clinic (Hume and Mill Park).

In 2017, Dianella Health celebrated its 40th anniversary of operation.  Incorporated on 8 February 1977, the organisation’s origins reach back to 1976 when it was then Broadmeadows Community Health Services and operating from just two premises. The name Dianella Community Health was introduced in 1998.  The organisation eventually extended to eight sites across the City of Hume, located in the suburbs of Broadmeadows, Meadow Heights, Craigieburn, Roxburgh Park and Dallas.

For over three decades, Plenty Valley Community Health delivered primary care services to residents of the City of Whittlesea.

Plenty Valley Community Health was created in 1997 from a merger of two established health services. Subsequent dramatic growth in Whittlesea prompted similar growth in the organisation, to eventually run multiple services from seven sites across Whittlesea; Mill Park, Thomastown, South Morang, Whittlesea Township and a main base at Northern Hospital in Epping.

Initially, it will be business-as-usual for DPV Health services. Clients can expect to see the same highly professional staff, for the same quality services, at the same locations. Over a period of time, you will see the DPV Health brand come to life. The rebranding of sites and vehicles will be gradually rolled-out.

Arranging a consultation with one of our doctors online is quick and easy.

You can book an available time convenient to you to visit a doctor at our state-of-the-art medical centres in Broadmeadows or Mill Park or via Telehealth – Phone & Video Appointments.

Keep up to date with DPV Health. 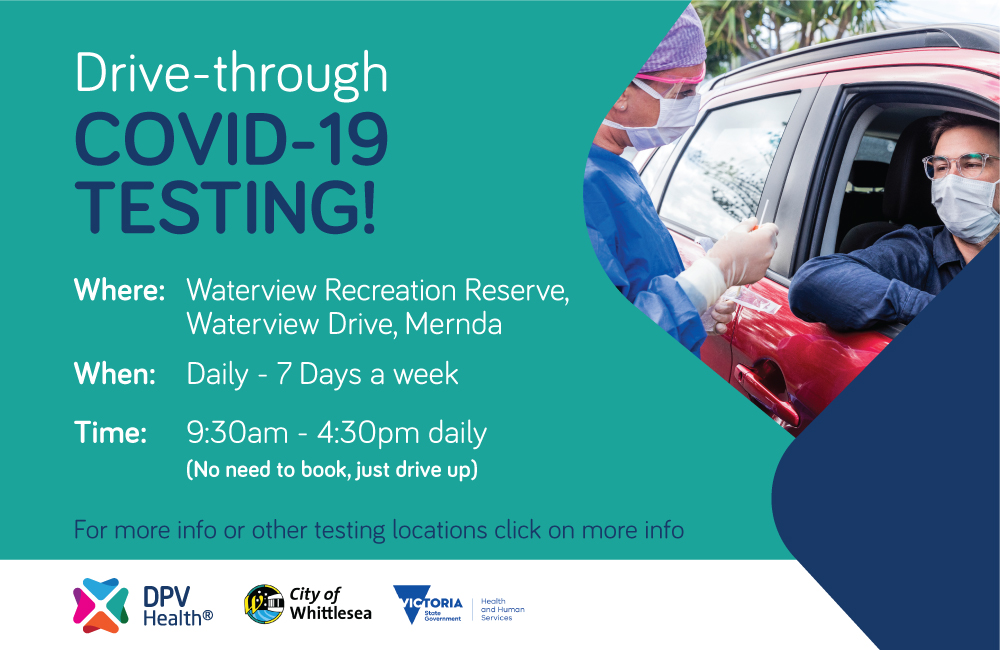